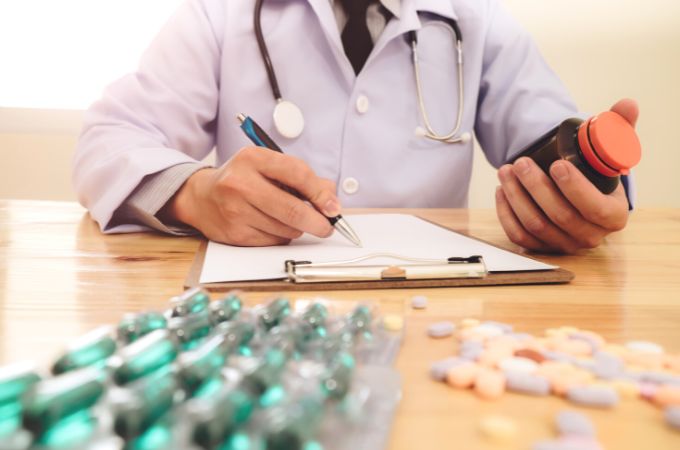 Children who are exposed to antibiotics more often than their peers in childhood will be at greater risk of becoming overweight. It is believed that antibiotics can disrupt the balance of beneficial bacteria in the stomach.

Must Read: the language of microwave cooking

An analysis of almost 65,000 American children has shown that 69 per cent have been exposed to antibiotics prior to age 2. They are more likely to become obese or overweight the more they are exposed to these drugs.

Children’s Hospital of Philadelphia, among other institutions, suspects that antibiotics are early exposures that disrupt the balance of beneficial microbes in children’s stomachs. This disruption of the personal “microbiome,” is believed to slow down a person’s metabolism and make them more likely to gain weight.

Dr. Martin Blaser is the nation’s leading expert on human microbiome. He argues in “Missing Microbes”, his best-selling book, that antibiotic use, particularly in children under 5, has contributed to the growth of metabolic and autoimmune disorders such as asthma, food allergies, eczema and type 1 and 2 diabetes.

Blaser stated that young children are subject to critical growth periods. His experiments have shown that obesity is caused by the loss of friendly bacteria in the early stages of development. “We must reduce antibiotic use in children. This is a key component of all our strategies. We need to start now.”

Researchers wrote that narrow-spectrum antibiotics, which are recommended for first-line treatment of common childhood infections, were not associated with obesity after multiple exposures.

Researchers discovered that antibiotic use wasn’t the only risk factor in childhood obesity. Other risk factors include being a male, living in an urban location, having public-funded health insurance, being Hispanic, being diagnosed as suffering from asthma or wheezing and being prescribed steroid medication.

Besides wiping out beneficial bacteria in the gut, the overuse of antibiotics in hospitals and doctors’ offices is also leading to a rise in antibiotic-resistant bacteria like methicillin-resistant Staphylococcus aureus (MRSA).

Experts believe that as high as 50% of the antibiotic prescriptions in America each year are unnecessary. Each time a bacterium comes in contact with an antibiotic, it has another chance of figuring out how to defeat it.

Experts are worried about people giving antibiotics to others after they have finished.

This is a common situation.

Your doctor may prescribe antibiotics to you, advising you to continue taking the medication until you feel better.

If your symptoms persist, don’t listen to your doctor and stop taking your medication.

The rest of the medicine can be left in your medicine cabinet and you can use it the next time that you feel unwell.

Oder, even worse, when someone else becomes ill

We, the collective medical community, particularly those who monitor and treat bacteria stronger that the strongest antibiotics, want you to stop.

Researchers at Cohen Children’s Medical Center in New York found that 48% of parents who responded to an anonymous online survey said they have kept leftover antibiotics.

Researchers found that 73 percent of parents reported giving antibiotics to their children and siblings. The threat of resistance

Antibiotics work best when they are used sparingly

Overuse and misuse of them have led to antibiotic resistance. This is bacteria that has developed defenses against even the strongest antibiotics.

The U.S. Centers for Disease Control and Prevention (CDC), which calls antibiotic resistance “one the greatest public health challenges of our times,” estimates that at least 2,000,000 people are infected with an antibiotic-resistant disease each year — 23,000 of them die — in the United States.

Most popular: cooking methods part 1 of 3

Experts are still trying to find new ways to counter these threats but they insist on the continued prudent use of antibiotics that are currently available.

Milanaik stated that although antibiotics have revolutionized medicine, clinicians must emphasize the need to properly use and dispose these medications in order to ensure they are effective against infectious diseases.

What is the most shared?

In a statement that was included with the research, Tamara Kahan, the abstract’s author, stated that parents often give their children unneeded antibiotics to save money.

Kahan believes that further research is needed to determine the best way to communicate to parents the dangers of antibiotic diversion, as well as how to pinpoint exactly when and why it might occur.

She said that follow-up surveys could be used to determine if there is a link between access to primary care or health insurance and antibiotic diversion.

Allan Coukell is the senior director of drugs & medical devices at Pew Charitable Trusts. He was not involved in the study, but he believes that people should not share antibiotics.

Healthline reported that he was concerned that antibiotics can give bacteria the opportunity to develop resistance.

Help the New Generation Out Of Cannabis Addiction

Individual beings have several bad habits that affect them and their lifetime. Cannabis dependence...
Read more

How to Quit Smoking Cannabis

As a former marijuana smoker I know how difficult it can be to break...
Read more

Bra Fitting For Ladies Who Have Undergone Breast Surgery

Women can be extremely vulnerable after breast surgery. The boost to their self confidence...
Read more

Everyone, especially travel nurses, should have health insurance. Travel nurses rely on their employers...
Read more

The Signs of Autism in Babies

What are the signs and symptoms of autism in babies? A baby with autism doesn't...
Read more

Male pattern hair fall is the most common cause of hair loss in men....
Read more

Things are heating up

Together with each the makes on the market attempting to develop an protein which...
Read more

Be careful with this list; you're about to venture down a path that's easy to...
Read more

INTRODUCTION: Only 400 years ago it was believed that the sun revolved around the Earth. And...
Read more
Care