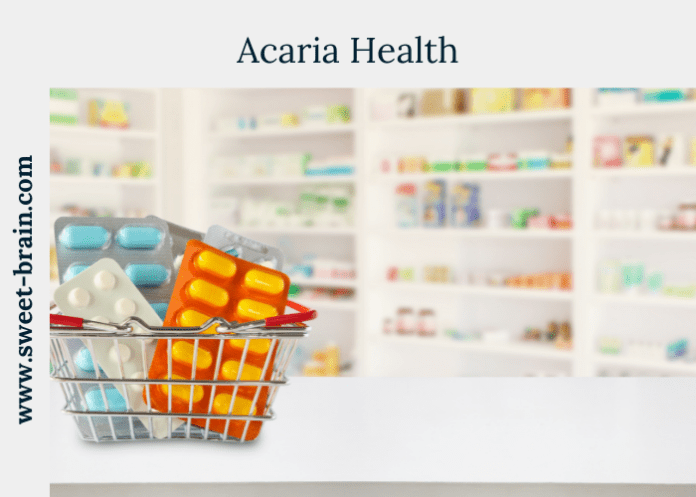 Acaria Health Pharmacy was established more than a decade back. It was one of the most popular pharmacies online. They are known for providing quality generic drugs that are safe to use and affordable to buy. The company quickly built a strong client base and received many positive reviews.

It has been difficult to find out more about the legal entity that operates this drugstore. Scamadviser believes it is run from Ukraine. Acaria Health Pharmacy was therefore rated as untrustworthy and given a low reliability rating.

LegitScript examined Acaria Health Pharmacy, and found that it does not meet the verification standards. It was therefore designated as an unapproved Internet Pharmacy. This pharmacy store is not listed in the CIPA member directory and is on the “not recommended” list of Nabp.net.

Positive reviews are the norm for the online shop. There is a chance that the reviews posted on the online shop are edited by the owner and may not reflect the true picture.

We searched the internet for Acaria Health Pharmacy reviews and found many negative ones. Many customers were unhappy with the shipping time and called the support staff “unprofessional.” Customers complained of poor service and long delays. It was also questioned the quality of medications.

Many buyers claimed they received no product or money back. They believed this pharmacy was a fraudster and advised others to stay away from it.

Tooth Implant Recovery and Procedure Many patients with dental problems are anxious about hearing the...
Read more
Exercise